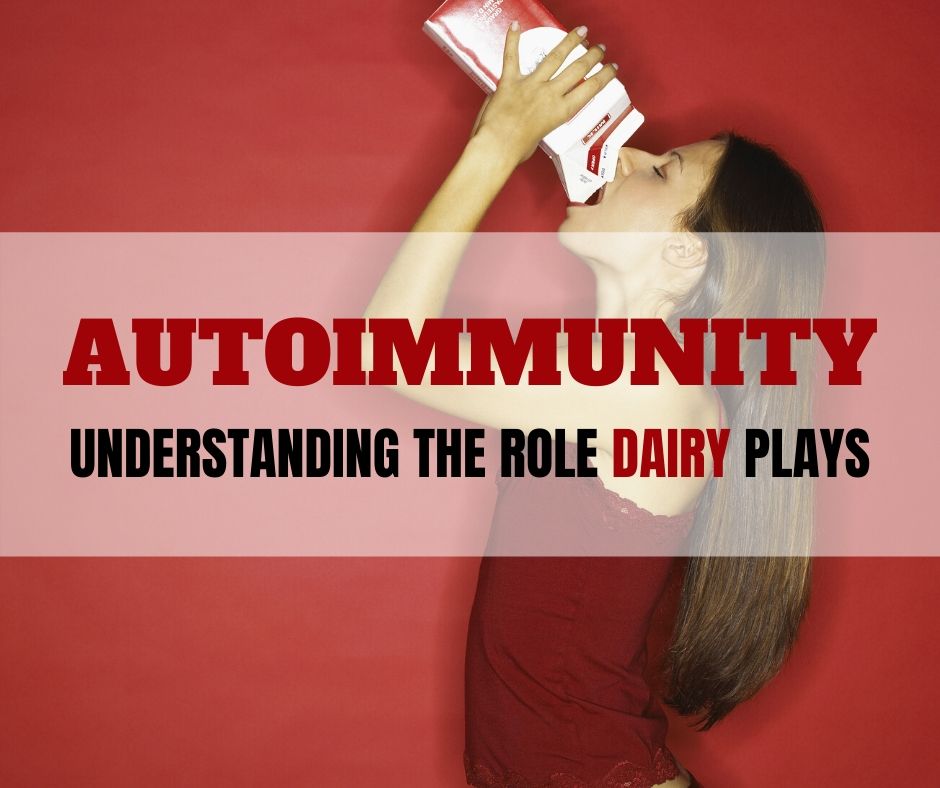 Dairy is nature’s perfect food — but only if you’re a calf. Not only are humans the only species that consumes milk in adulthood, but they are also the only one to drink the milk of other animals. Biologically, cow’s milk is meant to feed a rapidly growing calf. Humans aren’t calves — and adults usually don’t need to grow. Before the agricultural revolution, humans only drank mother’s milk as infants. They didn’t consume dairy as adults. From an evolutionary perspective, dairy isn’t necessary for optimal health.  The truth is, dairy can lead to countless health issues and, for many, can cause more harm than good.

About 75 percent of the world’s population is genetically unable to properly digest milk and other dairy products — a problem called lactose intolerance. When we drink milk or have a dairy-based product, lactase in our small intestines breaks down the milk sugar. Then it’s absorbed into the body through the small intestine. But if you’re lactose intolerant, it goes into the colon, where it mixes with normal bacteria and ferments. It can cause gas, bloating and diarrhea.

2. IT IS HIGHLY INFLAMMATORY

Dairy causes inflammation in a large percent of the population resulting in digestive issues such as bloating, gas, constipation, and diarrhea, as well as other symptoms including acne, and a stronger presentation of autistic behaviors. It is believed by Amy Myers, MD that dairy is one of the most inflammatory foods in our modern diet, second only to gluten.

What is it about dairy that causes an inflammatory response? Is everyone with a dairy sensitivity lactose intolerant? There are two components of dairy that tend to cause issues for people, the sugar and the proteins. People who are lactose intolerant do not produce the lactase enzyme, which is required to break down lactose, a sugar found in milk, causing digestive issues whenever they consume dairy products. People who do produce the lactase enzyme but still react poorly to milk are responding to the two proteins found in milk, casein and whey. Casein is a protein with a very similar molecular structure to gluten and 50% of people who are gluten intolerant are casein intolerant as well.

3. IT IS OFTEN FULL OF HORMONES AND ANTIBIOTICS

Many times when people drink milk they are consuming far more than just milk. Dairy farmers have long been injecting cows with a genetically engineered bovine growth hormone called rBGH to increase milk production. This forced increase in milk production often leads to an udder infection in cows called mastitis, which is then treated with courses of antibiotics, which can make their way into your dairy products.

4. WHERE WILL I GET CALCIUM FROM, IF NOT FROM DAIRY?

Calcium is very important for your health. In fact, you have more calcium in your body than any other mineral. It makes up much of your bones and teeth and plays a role in heart health, muscle function and nerve signalling. The recommended daily intake (RDI) of calcium is 1,000 mg per day for most adults, though women over 50 and everyone over 70 should get 1,200 mg per day, while children aged 4–18 are advised to consume 1,300 mg. However, a large percentage of the population doesn’t meet their calcium needs through their diet. The below non-dairy foods are high in calcium.

The truth about Autoimmunity