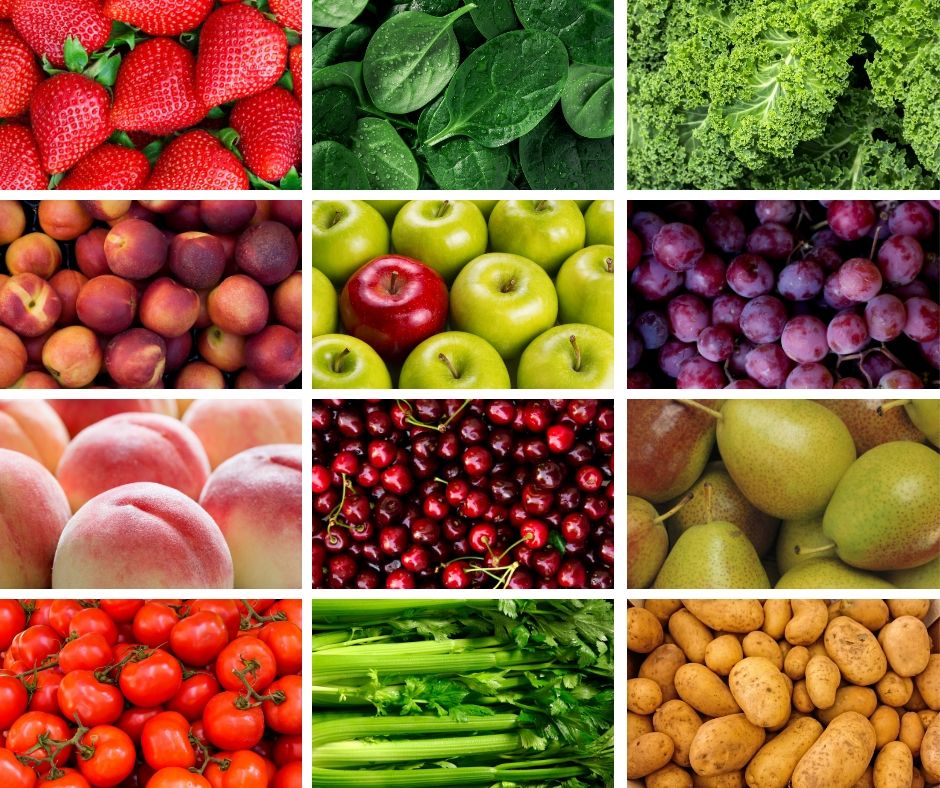 Since 1995, the EWG has released the Dirty Dozen — a list of conventionally grown fruits and vegetables with the highest levels of pesticide residues. Pesticides are substances commonly used in agriculture to protect crops from damage caused by insects, weed pressure and diseases.

To compile the Dirty Dozen list, the EWG analyzes over 40,900 samples to single out the worst offenders. While the EWG claims that this list can help consumers avoid unnecessary pesticide exposure, some experts — including food scientists — argue that the list is scaring the public away from consuming healthy foods. However, many experts argue that continuous exposure to pesticides — even in small doses — can build up in your body over time and lead to chronic health conditions.

Additionally, there is concern that the safe limits set by regulatory agencies don’t take into consideration the health risks involved with consuming more than one pesticide at a time. For these reasons, the EWG created the Dirty Dozen list as a guide for people who want to limit pesticide exposure for themselves and their family.

According to the EWG, the following conventional fruits and vegetables have the highest levels of pesticide residues:

SO, ARE PESTICIDES ON OUR FOOD SUPPLY HARMFUL?

There are conflicting opinions about the safety of pesticide use in produce. Though the pesticides used on crops are tightly regulated in most countries, there is concern over how repeated exposure to these substances affects health.

While standards for organic farming are different from conventional farming practices, organic farmers are permitted to use certain approved pesticides on their crops. Organic farmers rely heavily on crop rotation, biological plant protection and hygiene practices to protect crops. However, organic pesticides, such as copper, rotenone and spinosad, can be used in organic farming. 25 organic pesticides are approved for organic use versus the staggering 900 that are currently allowed to be used on conventional crops. Unfortunately, long-term studies examining the risks of consuming conventional fruits and vegetables versus organic fruits and vegetables in the general population are lacking.

SHOULD I AVOID NON-ORGANIC FORMS OF DIRTY DOZEN FOODS?

Many people choose organic produce in hopes of reducing their exposure to pesticides. For those with the ability to purchase organic versions of high-pesticide produce, using this practice will likely result in lower overall exposure to pesticides. However, it should be noted that pesticides aren’t just found in fruits and vegetables. They’re widely used on other crops like cereal grains, as well as on lawns, flower gardens and to control insects (Trusted Source, Trusted Source).

Since pesticides are so widespread, the best course of action to reduce your exposure is to choose organic foods when possible. Since organic produce is often more expensive than conventional produce, it can be hard for many people to afford. Don’t worry if you’re unable to purchase organic versions of the Dirty Dozen. The benefit from eating plenty of fruits and vegetables outweighs the risk of pesticide residues on produce, and there are ways to reduce these residues.

The following are simple, safe and powerful methods you can use to reduce pesticide residues on produce:

The goal of the Dirty Dozen list is to let consumers know which fruits and vegetables have the highest amount of pesticide residues. For those who wish to err on the side of caution or those with compromised immune systems and autoimmunity, it’s best to purchase organic versions of the Dirty Dozen foods.  But remember, eating plenty of fruits and vegetables is more important than being overly strict when it comes to the dirty dozen.

Autoimmunity: Feeling overwhelmed by the food lists?
THE CLEAN 15